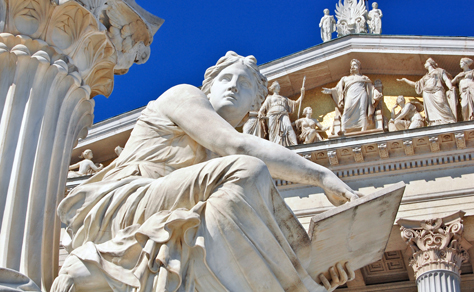 An in-depth journey offering fresh new adventures in the Old World. Beautifully preserved Prague has enchanted visitors for ages, but it is only a tiny part of this extraordinary voyage through eight nations. Sail past quaint villages and great cities on the glorious Danube, visiting baroque abbeys and medieval cathedrals, tasting fine wines and encountering new cultures. Along the way, you’ll uncover the splendid Habsburg capitals of Vienna and Budapest, as well as the many hidden treasures of Croatia, Romania, Serbia and Bulgaria. Who will enjoy this cruise/tour? Travelers seeking to explore famed capitals and storied lands, to meet new people and encounter diverse cultures, will relish their time on this picture-perfect journey. Portraits of Eastern Europe is a combination of Delightful Danube & Prague and Highlights of Eastern Europe.
Request More Information

Arrive at Bucharest Henri Coandă International Airport. If your cruise/tour package includes a group arrival transfer or if you have purchased a private arrival transfer, you will be greeted by a Uniworld representative and transferred to the hotel.

On today’s agenda—a guided tour of the infamous Ceaușescu Mansion. Venture to the opulent former residence of Romania’s former leader Nicolae Ceaușescu, where you’ll have a guided tour. It’s been thirty years since deposed Romanian president Ceaușescu and his wife Elena were executed by a firing squad on Christmas Day in 1989, but now you can roam the opulent 80-room residence where the couple once lived, situated on 3.5 acres of grounds in one of Bucharest’s most desirable neighborhoods.

Bucharest is a fascinating combination of Communist grandiosity, elegant French-influenced 19th-century buildings and surprising survivors dating from the 1500s. Today in Bucharest you’ll enjoy a panoramic city tour or a walking tour in the old Lipscani district. Later, you'll travel via motorcoach to Giurgiu, where your ship awaits.

Vidin is a port town on the Danube that once played an important role in medieval Bulgarian politics, as the great fortress Baba Vida attests. It’s your base for an unusual excursion today—a visit to the fascinating Belogradchik rock formations. Or you can head to a local’s home to bake a traditional Bulgarian dish called banitsa.

Today’s main attraction will be the spectacular scenery along the Danube, as you cruise a stretch of gorges known as the Iron Gates. Later, head ashore to explore a Paleolithic site and an extraordinarily well-preserved medieval fortress. All along the way, history lines the banks of the river. Keep an eye out for Trajan’s Plaque, which the ancient Romans erected to commemorate the road they anchored in the steep cliffs above the water, and Golubac Castle, built in the 14th century and attacked successively by the Serbs, Magyars and Turks.

Belgrade, the modern-day capital of Serbia, is one of Europe’s oldest cities, dating back some 7,000 years. Signs of its tumultuous history are visible everywhere, juxtaposed with the city’s vibrant modern-day present.

Welcome to Croatia! This ancient country, which has made a remarkable recovery from a brutal civil war, is noted for its beautiful countryside and thriving folk traditions, as well as simple, delicious local rustic food. You’ll dock in Vukovar, Croatia’s biggest port, at the confluence of the Danube and Vuka rivers.

Located on opposite sides of the Danube, Buda and Pest each have their own distinctive character and allure. Explore this dynamic and multifaceted city with your choice of excursions—you can see it from a local’s perspective on our walking tour, cover more ground with a panoramic tour or “Let’s Go” with a guided bike ride. Vibrant Budapest, Hungary’s capital, offers an enchanting combination of East and West.

Other passengers are heading home today, but you are only halfway through your marvelous holiday. Today you are invited to enjoy a full-day visit to Hungary's Eger wine region for some lunch and, of course, wine tasting.

Located on opposite sides of the Danube, Buda and Pest each has a distinctive character and allure all its own. Explore this dynamic and multi-faceted city with your choice of excursions—you can see it from a local’s perspective on our "Do as the Locals Do" walking tour, or cover more ground with a panoramic tour.

The grand dame of the Danube, Vienna was the heart of the Austro-Hungarian Empire and remains, to this day, the political and cultural center of Austria. Klimt painted here; Beethoven and Mozart composed here; Freud developed his theories here. It’s a treasure trove of splendid architecture, astonishing art collections and inviting cafés—and today it is yours to explore. A city tour will show you the architectural highlights of the Austrian capital as well as the legendary opera house in the heart of the city. Or, indulge your passion for art with visits to two distinctively different collections—a “cabinet of curiosities” collected by the Habsburgs and the Belvedere’s extraordinary cache of paintings by Klimt and other renowned artists.

You’ll want to find a comfortable seat in the lounge or on the Sun Deck today as your ship cruises through the Wachau Valley toward Emmersdorf and Spitz. Over the eons, the Danube cut a gorge through the foothills of the Bohemian mountains, resulting in a 19-mile (30-kilometer) stretch of riverine scenery so beautiful, UNESCO declared it a World Heritage Landscape. Castle ruins dominate hilltops; baroque church towers appear on the riverbanks, marking historic villages and splendid abbeys; and apricot orchards and vineyards cling to the rocky slopes. Some of Austria’s finest white wines are produced from grapes ripening on the dry-stone terraces above the river, where grapes have been grown for 2,000 years. Your ship will dock in Emmersdorf, midway through this glorious landscape.

Your ship cruises through a scenic highlight of the Danube early this morning, the Schlögener Schlinge—a hairpin loop in the Danube that was once very hazardous for ships and is now a lovely, serene stretch of water—and leaves Austria behind today. Your first German port of call is Passau, where three rivers meet—the Inn, the Ilz and the Danube—and three nations almost meet: Austria, Germany and the Czech Republic, making for a fascinating cultural mosaic. Get to know the town and its main claim to fame, Europe’s largest pipe organ, or join an invigorating riverside hike or bike ride.

Nuremberg will forever be associated with the post-WWII Nuremberg trials, but the city’s profound historical and cultural significance stretches back many centuries before that.

Disembark the ship early and set your sights on the “city of a hundred spires” as you transfer to Prague via motorcoach.

A magnet for generations of artists, writers, scientists and composers, Prague is famous for its dynamic energy and elegant ambiance (and the beers here are pretty amazing too). A thousand years of architecture, from ornate Gothic to fanciful postmodern, has been beautifully preserved here.

You’ve experienced the best of the Danube River and Prague, sampling myriad culinary delights and exploring fascinating stops along the way. Now your journey comes to a close. If your cruise/tour includes a group departure transfer or if you have purchased a private departure transfer, you will be transferred to Prague Václav Havel Airport for your flight home. Your Uniworld adventure may be over, but we know you’ll enjoy the memories you’ve made for years to come.