Nashville (Clarksville) to Chattanooga (or reverse)

Get a glimpse of beauty and history. From Nashville to Chattanooga, the soul of the American South flows – through golden horizons, historic treasures and more. This route reveals the value of serenity in river living, as the lull of the paddlewheel churn transports you to your next great destination.
Request More Information 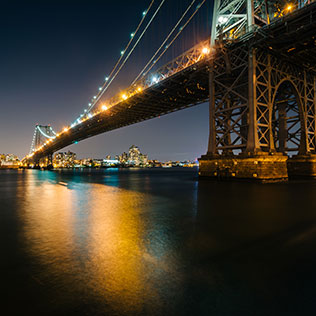 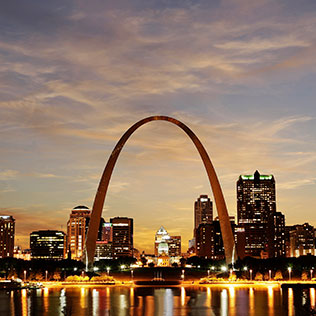 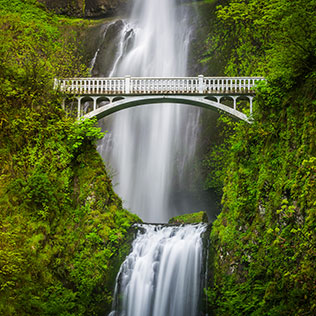 Grand steeples puncture the city skyline, and groomed streets disperse into sounds of serenity at the Riverwalk, where American Queen Steamboat guests arrive at Clarksville. Take a stroll down the promenade, soak in serenity at the riverside, then head downtown to experience this empire that sprouted from a dream.

In 1805 a state-appointed commission purchased a 30-acre plot on the Cumberland River from Robert Nelson and established the county seat of Dover. By 1850 the Tennessee frontier town had blossomed into a large river trade center and the second largest steamboat port on the Cumberland. A resting dock meets American Queen Voyages guests in Dover, a town that reveals the value of serenity in river living, where peace and quiet are interrupted only by birdsong and cricket chirps. Adventure through Fort Donelson – Dover’s touchpoint during the Civil War – which has been resurrected into Fort Donelson National Battlefield Park, a nexus of history and natural riches. Fort Donelson was the site of a major Union victory. Here, hilltops harbor somber stories, country roads lose themselves in golden horizons and historic treasures are kept secret behind the tree lines. Union troops, who had occupied the town since the fall of Fort Donelson in 1862, set fire to Dover to prevent the town from falling into the hands of General Nathan Bedford Forrest; only four buildings survived the conflagration.  Capture the romance of this little river town’s past and experience the everyday phenomenon of its future at Cross Creeks National Wildlife Refuge, an 8,862-acre habitat for waterfowl and aquatic plant life. Or venture to Land Between the Lakes National Recreation Area, one of the largest blocks of undeveloped forest in the eastern U.S. with over 170,000 acres of forests, wetlands, and open lands on a peninsula between Kentucky and Barkley lakes in Western Kentucky and Tennessee.

The town’s charming original name was “Rudd’s Ferry,” named for James Rudd, an early settler who established a ferry at the site in the early 1820s. Rudd’s Ferry was later purchased by a wealthy landowner, David Robinson, who renamed it “Savannah” after Savannah, Georgia, the hometown of Rudd’s wife, Elizabeth. The most common association with this historic town is the Battle of Shiloh – one of the bloodiest of the Civil War fought in 1862. Also known as the Battle of Pittsburg Landing, the conflict took place 10 miles southwest of town. Today, the Shiloh National Military Park is considered one of the best-preserved battlefields in the U.S. It spans 4,200 acres which includes a visitor center that houses many artifacts and an historic demonstration video for guests to get a better understanding of its importance. The Cherry Mansion just off the town square, while not open for tours, is one of 41 historic homes in the area. The circa 1830 house was built by David Robinson and later expanded on by his son-in-law William H. Cherry. It was commandeered by Union General Ulysses S. Grant for use as his headquarters during the war. American Queen Voyages guests can uncover all the history associated with Savannah and the Tennessee River Valley through interactive and educational displays at the Tennessee River Museum. Savannah is also renowned as the “Catfish Capitol of the World” so if you get peckish while exploring town, why not sample the local catch before returning to your boat.

Florence is home to the University of North Alabama, the oldest college in the state. From composed bluffs that overlook the Tennessee River to historic homes within the city’s beating heart, this college town harmonizes the twang of country with the coolness of R&B to create a culture all its own. Visit the only Frank Lloyd Wright-designed home in the state and tour the recording studios that launched the careers of such legendary performers as Aretha Franklin, Willie Nelson, The Rolling Stones, Paul Simon, The Osmond Brothers and Percy Sledge. This short list cannot encompass the many talented musicians who found their place in history by recording in nearby Muscle Shoals. FAME Studios, Muscle Shoals Sound, and a host of other recording studios made little Muscle Shoals, Alabama, the Hit Recording Capital of the World in the 1960s. It is said that musical heritage was the area’s birthright. W.C. Handy, the Father of the Blues, was born in Florence, and so were Sam Phillips and Buddy Killen, often considered to be the fathers of Rock and Roll. Today, there are recording studios all over the Muscle Shoals region, still making hits and propelling artists to fame. Stroll through the Sweetwater District, just past the Singing River Bridge, an up-and-coming neighborhood where the streets come to life with the scent of azaleas and dogwood trees. Within this melting pot, traditional meets contemporary to compose the beauty that is Florence. If your preference is nature, there are walking trails, legendary fishing, world-class golf, and water sports.

Decatur is a city in Morgan and Limestone counties. The city, nicknamed “The River City,” is located in Northern Alabama on the banks of Wheeler Lake, along the Tennessee River. It is the largest city and county seat of Morgan County. History awaits in Decatur. Reach out and touch the past – with living stories of the Civil War at your fingertips. Did you know that Decatur was home to the largest collection of Victorian and earlier 20th century craftsman and bungalow homes in Alabama or that Hartselle was once the site of a bank robbery? Decatur is really a small town, but its charm is unmistakable. Discover the history of Morgan County at the area’s many historic locations, including the Old State Bank Building, one of only four structures in the town left unscathed by the Civil War. The oldest standing bank building in the state; its vault, with 22-inch-thick walls, was a haven from blistering bullets, mortar bombs and cannon fire. Whether you want to hike, rent a kayak or go fishing, get lost in Decatur’s dynamic geography. Home to hundreds of species of wildlife, birds and game fish, take advantage of the great bass fishing on Wheeler Lake or walk the trails of Point Mallard. Explore the new state-of-the-art natural science museum. Deciding what to do during your port call may be your biggest challenge. Relax, reach out and touch the past; take time out to experience this Tennessee River legend and absorb the living heritage it has to offer.