Canada and New England Cruises: A Hidden Gem in the Cruise World

Written by The CruiseExperts team. Posted in Canada & New England

You may not have considered it, but some of the best cruises are those to Canada and New England! 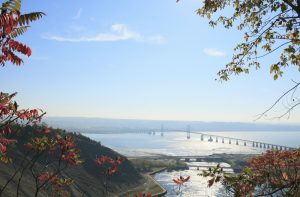 If you are thinking about going on a cruise but are unsure of the destination, it’s important to consider what you want to accomplish on your cruise vacation. Whether you want to see nature that will leave you in a state of wonderment, explore fascinating history, eat at restaurants that will tantalize the taste buds, or spend time at a breathtakingly romantic location, Canada and New England cruises fit the bill exceptionally well without breaking the bank.  Without further ado, here are the top attractions on Canada and New England cruises.

Happy Traveler Comment
I just wanted to thank you [Jeremy] for the wonderful trip that you arranged for us, there is no way that it could have been more perfect. Perfect trip for our 50th Wedding Anniversary. Thank you so much. — Connie F.

Some of the Best Cruises Are Underrated 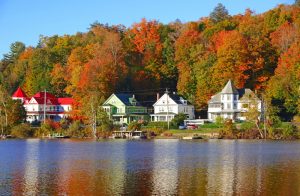 Cruise vacations through New England offer up the opportunity to see Freedom Trail, where Paul Revere made his famous ride.  The seaside cliffs are spectacular, rugged and tall, a sight not seen in many parts of the world.  Lighthouses adorn the path along your trip, as do quaint towns that have been in existence for centuries.  During the fall, the foliage is an exhibit of magnificent color.  Trips can take you to Maine, where the lobster fare is an absolute must.  Afteryou chow down on the New England shellfish, use those carbs to hike or bike up Mount Cadillac in Acadia National Park.  Lush greenery and phenomenal rock structures have helped earn the 47,000 square foot gem the distinction as one of the “Best National Park Experiences,” per LonelyPlanet.com.  Stops in the New England area can include Martha’s Vineyard and Nantucket, as well as smaller, more rustic ports.  You’ll take in scenic wonders and feel like you’re leafing through an American history book.  For these reasons and others, a trip through New England aboard a ship makes this one of the best cruises around. It may not have been your first thought, but a cruise to New England will be one to remember!

Some cruise lines will take you along areas of New York.  See the harbor, and disembark on Ellis Island and climb the steps to the top of the Statue of Liberty.  Boats will travel the waterways of the Hudson River Valley.  Along this route, you will be treated to more luscious foliage that lines your travel route.  The Hudson River has been called the river that defined America.  You can visit the spot where the Continental Army set up its final camp of the Revolutionary War.  Take a trip to West Point and enjoy more historic towns along the St. Lawrence Seaway on the West side of the state. 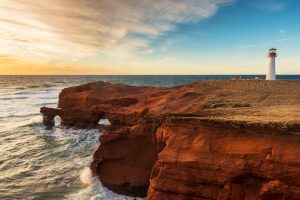 While on the subject of New York, don’t forget about excursions to Niagara Falls!  Talk about romantic.  One of the Seven Wonders of the World is one of the hottest destinations for weddings.  Witness the majestic waterfall, as it cascades at the highest flow rate of any waterfall in the world.  At night, Niagara is lit up, transforming the fresh water into a kaleidoscope of color.  One cruise line offers an overnight stay at Niagara Falls, allowing you to get a fantastic look at all the drops, including the largest, which is 165 feet.  A cruise to Niagara Falls is one of the most romantic passages available in the world.

Many cruise ships take various paths into the waters of Canada.  Among the routes are Halifax and St. John.  Here, there is a slightly mellower pace to life.  Other destination locations in Canada include Toronto, where theater and shopping are abundant.  Trips will also take you to the French city of Quebec.  This metropolis is known for its art galleries, museums, and world-class cuisine.

You want wildlife?  Canadian cruises provide you with a sight that’s nearly indescribable.  The world’s largest animals can be seen blowing mist and even breaching out of the Atlantic waters for several months out of the year.  Whales can be spotted off the coast of Newfoundland and Labrador, as well as the Bay of Fundy. More wildlife?  Playful seals will entertain you with their delightful antics off the coast of Prince Edward Island mainly during the summer months.

We’ve touched on what we think are some of the main attractions while on a Canada and New England cruise.  By now, we’re assuming you immediately want to set sail on one of these amazing voyages.  And if you’re looking for a deal, you’re in luck! For last minute cruise deals, simply head to cruiseexperts.com, and enjoy the trip of a lifetime.

Call CruiseExperts.com today at 1-888-804-CRUISE (2784) to speak with one of our professional cruise planners to find the best deal and the best trip for you and your family. Don’t forget to like us on Facebook and join our InnerCircle for exclusive offers and cruise news you can use! Also, check out our new Resource Center, where you can receive expert knowledge from us before your next cruise or cruisetour!