Home » Destinations » How to Choose a Europe River Cruise

How to Choose a Europe River Cruise

With So Many Europe River Cruise Options, Which Do You Pick? 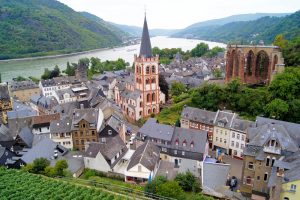 So you’ve done your homework and you’ve come to realize a phenomenal way to experience Europe’s beautiful, historic continent is on a river cruise. It’s way less expensive, very convenient, you’re unpacking only once, and you get to see parts of several countries in a week’s time. Now, how to choose a European river cruise? It really all depends on what you want to see.

How To Choose A Europe River Cruise:

Happy Traveler Comment
I started the week singing in my Senior Choir and one of my members cornered me and said, "I know you know Hawaii better than anyone. I want to take some friends there....who do you recommend?" I told her I would hook her up with my California connection and the very best travel agent in America and gave her your phone number! — Betty D.

So, what do you want to see? What strikes your fancy? Is it castles? How about WWII sites? Want to taste some of the best wines the world has to offer? What about witnessing spectacular scenery? This is basically the key in how to choose a Europe river cruise.

As we alluded to earlier, a river cruise offers a fantastic opportunity to see some spectacular sites on Europe’s continent at a fraction of the price that a vacation on land would cost you. Unlike a standard European vacation that has you bouncing around from country to country, hotel to hotel, you’re putting all your clothes and other belongings in your ship’s cabin—a one-time unpacking of all your gear. Nice! The meals? What would strip your wallet bare on land come included on your river cruise. All told, you’ll make the most out of your trip without wasting time bopping around Europe on land. 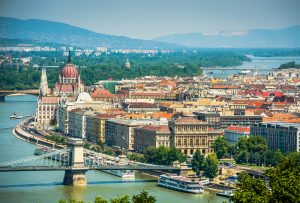 Now to which type of cruise to choose; this again is about what you want to feast your eyes on (because we already told you, you’ll feast on fine dining free of charge while on the ship). Certain rivers navigate you through certain countries that serve up eye-popping experiences. Let’s talk about a few of them now.

Maybe a trip down the Danube is right for you. On this beautiful river, you’ll get the chance to visit two of the most popular destinations, Prague (a short bus ride from the port of Nuremburg) and Vienna. Among the sites that will have you endlessly clicking your cell phone camera are Prague’s Astronomical Clock, which was constructed in 1410. You weren’t alive then, were you? That’s rhetorical, of course you weren’t. You’ll also take in the Hradcany Castle Grounds, built in the 9th century. Talk about breathtaking—romantic alcoves present you with fantastic views of the city. In Vienna, you’ll be treated to several amazing destinations and activities, including some of the world’s most famous opera houses, musical performances, and coffee shops.

Set foot on a European cruise that takes you down the Rhine. There, your pupils will be enthralled by Sleeping Beauty-type castles amidst scenery like you’ve never imagined. The trip generally begins in Switzerland and ends in Amsterdam, passing through France and Germany—two countries home to incredible history and culture. You can partake in the wines that France is in part famous for, and where Bordeaux has become a landmark for its wine. On this trip, you’re likely to head to the famous Lorelei Rock. Here, according to legend, a beautiful maiden threw herself to her death over her lover’s affairs. She is now said to lure sailors to their deaths with her hypnotic singing. Yikes…but awesome, right?

Maybe gliding through the Elbe is the river cruise of choice for you. Here you capture historic views of sites like Dresden, where Allied bombers leveled the area near the end of WWII. You’ll also be blown away (see Dresden reference) with natural scenery like the Sandstone Mountains, as well as deep gorges filled with hearty green forests. On the ship, you’ll be delighted by Czech folklore dance routines and the gorgeous tones of Baroque chamber music.

These are just a microcosm of what you’ll get on European river cruises. And you won’t just see them from the ship’s deck. What makes a river cruise so special is that you’ll disembark the ship daily to engage in all the magnificent architecture, historic sites, and natural beauty.

To quote a famous Seinfeld episode, “They’re real, and they’re spectacular.” Sorry to throw in an American reference when we’re talking European cruises! There are several other options for a river cruise, and all you need to do is head to CruiseExperts.com to find everything you need to know about these amazing adventures.