Home » Deals » What is Wave Season?

What is Wave Season?

Searching for the best time to book a cruise? Check out what is wave season. 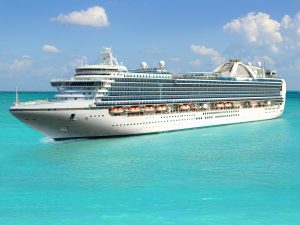 If cruising is your favorite way to vacation, then prepare yourself for the excitement of the upcoming cruise wave season in 2017. What is wave season, you ask? Only the best time to book a cruise, as cruiselines offer some of their most attractive deals with unique incentives you won’t see throughout the rest of the year!

The easiest way to explain wave season is to think of it as black Friday deals for cruises. While historically the season pulls into shore from January to March, travelers can begin seeing 2017’s cruise wave season deals as early as December. So what can you expect to find in this next “wave” of deals? For starters, hot fares and aggressive sales. On top of that, extra perks that typically aren’t all packaged together in such affordably priced deals.

Be on the lookout for enticing onboard credits, unlimited drink packages, specialty-dining experiences, pre-paid gratuities, thrilling shore excursions, a longer booking window and more. In addition, when you jump onboard cruise wave season early, you can look forward to having the top cabins available to choose from.

What is Wave Season ’s History?

Simply put, years of data exhibited the majority of cruises being booked in the first few months at the beginning of the new year. For many, gray skies and cold weather wet the appetite for sun, sand and turquoise waters. In order to take advantage of cruise booking habits, cruiselines and travel agents began to push incredible promotions to help travelers find the cruise vacation of their dreams. And so, wave season was birthed.

Finding the best cruise deals during wave season 2017 isn’t necessarily about finding a dirt-cheap cruise fare at the last minute, but rather getting the best bang for your buck. For instance, wave season typically offers an incredible room upgrade, or an onboard credit package, spa experience, etc. in addition to a discounted fare. It entices travelers who prefer to plan their yearly travel at the beginning of the year and are looking for the best value for their money.

Now that you know more about the best time to book a cruise, let’s take a look at some current cruise wave season 2017 deals now in port: 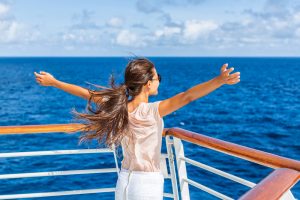 Enjoy black Friday deals for cruises right now with cruise wave season 2017. With the best time to book a cruise happening right now, the experts at http://www.cruiseexperts.com/ look forward to helping you! Contact us today at 1-888-804-CRUISE (2784). Don’t forget to like us on Facebook and join our InnerCircle for exclusive offers and cruise news you can use! Also, check out our new Resource Center, where you can receive expert knowledge from us before your next cruise or cruisetour!