Did You Catch Princess Cruise Lines and The Love Boat on The Today Show?

Written by The CruiseExperts team. Posted in Princess Cruises 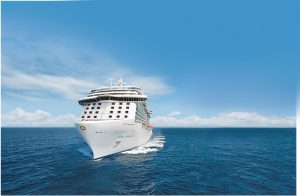 Summer 2017 marks the 40th anniversary of ‘The Love Boat,’ the iconic show that helped to launch the growth of the modern leisure cruising industry. Some of the original cast members appeared on The Today Show last week, along with representatives from Princess Cruise Lines, who provided the ships that served as the glamorous setting for the program. The cast reminisced about their favorite memories from the nine years ‘The Love Boat’ appeared as one of the most popular shows on television. 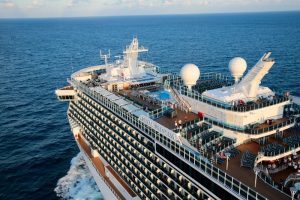 The Love Boat and the Regal Princess

How The Love Boat helped create the leisure cruise industry

Before ‘The Love Boat’ debuted on television, leisure cruising was practically unknown among the vacationing public. Vacationing at sea on a cruise was generally thought of as an activity reserved for the elite who had their own yachts, and cruise ships mainly catered to older, moneyed travelers and newlywed couples celebrating their wedding. The concept of swinging singles going on a cruise or families embarking on a cruise vacation was something new. ‘The Love Boat’ showed cruise vacations at sea as an attainable, desirable goal for ordinary travelers.

As ‘The Love Boat’ entranced viewers each week, travelers were introduced to the benefits that cruise vacations offer, with wide verandahs on ocean-view suites, on-board entertainment, and sophisticated dining options. Modern leisure cruises suddenly became the vacation of choice for the vast television-watching audience. The sudden influx of travelers invigorated the global cruise industry and helped build it into the enormous success it is today, with an estimated worth of 39.6 billion dollars in 2015.

Join in the celebration with fantastic Princess cruise deals!

CruiseExperts.com makes it easy for travelers to join in the celebration of the 40th anniversary of ‘The Love Boat’ with low fares and incredible Princess cruise deals, including the cruise line’s Great Getaway Sale. During this promotion, buy one cruise and get one at 50% off on selected Princess Cruises’ 2017 or 2018 sailings! Fares for 3rd and 4th guests start at just $99, making this the perfect time to book that family vacation you’ve been dreaming about. You must book your reservation by June 15, 2017 to take advantage of this Princess cruise deal, so don’t delay!

Call CruiseExperts.com today at 1-888-804-CRUISE (2784) and let our travel experts help you find the ideal itinerary on Princess Cruises or another cruise line of your choice. Don’t forget to like us on Facebook and join our InnerCircle for exclusive offers and cruise news you can use! Also, check out our new Resource Center, where you can receive expert knowledge from us before your next cruise or cruisetour!