Written by The CruiseExperts team. Posted in Australia & New Zealand 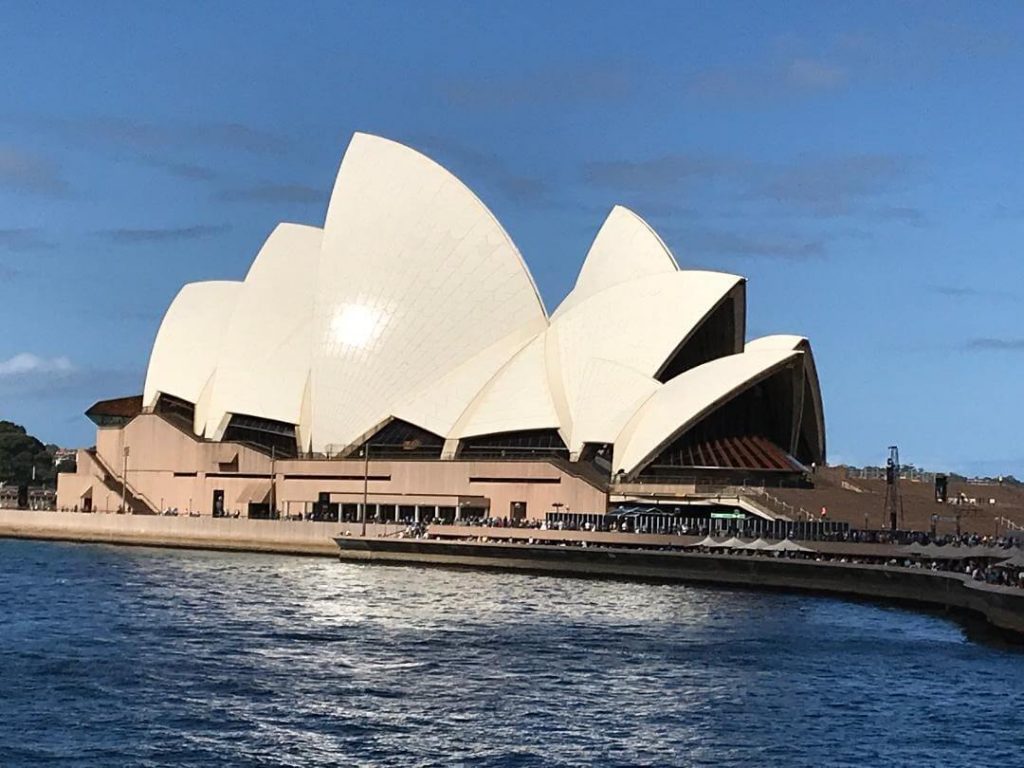 CruiseExperts.com recently escorted a large group on an epic 3-week Australia/New Zealand cruise and land tour with Holland America Line. One member of our group, Linda Chapin, blogged and photographed her memorable and fun experiences. Check it out!

Happy Traveler Comment
Traveling overseas to a foreign country for the first time can be an overwhelming task. Dean Barreca was a tremendous help to me in planning a trip with my daughter to Italy and Greece. He was a great listener and quickly grasped exactly what I wanted to accomplish while keeping things within my budget. He offered suggestions that I would have never known about if I had not spoken to him and he saved us money in ways that didn't benefit him at all. He truly looks out for the client's best interest which is a rare thing to find these days. My daughter and I had a trip that we will never forget and we owe Dean a big thank you for all of his help and suggestions that were absolutely perfect. I highly recommend him to anyone planning a cruise. — Natalie D.

My retirement travel bucket list is so long. Australia was one of the places on the top of my list. Once I heard that CruiseExperts.com was planning a trip to Australia and New Zealand I was hooked. The trip was 24 days long and I had never been on vacation that long. Could I stand so much fun? How would I pack for such a long trip?

We visited 13 towns in 24 days. Here are the highlights of my journey:

We visited the Botanical Gardens and saw lots of Eastern Water Dragons, which are huge lizards that just roam the area.

A highlight was a visit to the Australia Zoo on “Steve Irwin Day”. His family was there and put on a great show. I got to hug a Koala Bear! This practice is highly regulated and we were told that the Koalas can only be “on hug duty” for 30 minutes a day. We also got to pet and feed freely roaming and hopping kangaroos. I was in heaven.

I was amazed by the number of old restored buildings surrounded by huge high rises. My friend broke the rule she made of not buying anything until we got to New Zealand because she was over the 44 lb. domestic flight weight suitcase limit. Getting UGGS made in Australia while in Australia was too much for her to resist so being a good friend I put them in my suitcase!

Not a highrise in sight. The area was very tropical and we took a scenic train ride and a gondola ride over the rain forest. I went snorkeling in the Great Barrier Reef…wow! I only wish that that I would have taken the full day trip to experience the reef. That evening we had an amazing dinner with the best steak I’ve ever eaten. We also had kangaroo satays and crocodile tail. It seemed wrong to pet a kangaroo one day and eat one the next!

We stayed at the Four Seasons Hotel in Sydney. I screamed in delight when I looked in the room and saw that we had an unobstructed view of the Sydney Opera House and the Sydney Bridge. The pillows and bedding, the gourmet buffet and the prime location were just amazing. We walked over the Sydney Bridge, took a ferry ride to the beach and visited some high end shopping areas. We also had a tour of the Sydney Opera House which was amazing in every design detail including the restroom sink. In the evening, we boarded our luxurious Holland America Line ship, the ms Noordam, and set sail for our 11-day cruise!

First stop was the port of Melbourne, Australia. Took a very unique ride on The Colonial Tram Car which was all fancied-out and equipped to serves us tea and deserts. We toured the downtown area which had a very artistic vibe. There were many narrow walk-though streets called laneways packed with places to shop, eat, drink and be merry. We visited a beach and got to see brightly painted beach huts called beach box that locals purchase to store their beach tables and chairs. The cost for each is about $350,000 on average.

Next port stop – Hobart, Tasmania. This area of Australia has the oldest brewery, jail and Catholic Church in Australia. The area was originally populated with convicts shipped from Great Britain. We visited the remains of the female jail named Cascade Female Factory. The women prisoners were shipped here with seven year sentences sometimes for very minor charges. There were lots of babies born in prison with male guards as their fathers. We drove to Mt Nelson Signal Station for some wonderful views. The bus driver showed us some old buildings that had blackout windows from the days when the government charged the home owners a tax based on how much sunlight came into the house so owners would just board up their windows. We stopped at the Cascade beer brewery. They make “Cassie-D”. Our bus driver said “It’s not a bad drop”. Throughout the trip we were entertained by the slang used in this region. Our bus driver spoke of his teen girls and called them his “cheeky little monkeys”. A visit to the Bonorong Wildlife Sanctuary brought us up close and personal with a Tasmanian devil and a Wombat. We were told that these animals are cute until they try to eat you. We kept our distance.

Spent the day cruising Milford Sound, one of New Zealand’s premier natural attractions. The area was breathtaking. We were very lucky to have a nice sunny clear day which is somewhat rare.

Day 18 we pulled into Port Chalmers. We viewed the world’s steepest street. I loved visiting Larnach Castle and hearing the story of its revival. The Castle was in bad shape when a couple on their honeymoon came for a visit. They purchased and restored it. We had some yummy tomato soup in the ball room dining area. We checked out some cliffs where sometimes there are sightings of Northern Royal Albatross. These birds don’t flap their wings so they rely on the wind to help transport them. New chicks stay out at sea for 5 years, they can desalinate sea water to hydrate. We had a beautiful calm day so the guide told us it was unlikely we would have any luck. As we were walking to our bus one of the guests spotted a fly-over and alerted us. It was so exciting. I got a great picture but it’s hard to see how huge it was but confirmed there were no wings flapping.

Christchurch is nicknamed “The Garden City”. This area was formed by two volcanoes. There have been 15,000 earthquakes there during the last 6 years. As a result of a large quake in 2011, the land dropped by 3 ft. We saw a touching memorial that included a white chair for each person who died in that quake. The community is committed to trying to restore some old buildings.

Perched on the edge of a spectacular harbour, encircled by green, towering hills, Wellington is a stunning and compact city. The Beehive and Parliament Buildings were impressive as was our visit to a Studio of the Hobbits. We also took the Wellington cable car ride.

Spent Day 22 in Napier, New Zealand. After a large earthquake in 1931 rebuilding was done with an Air Deco vibe. Also the government decided that all shoreline property would be converted to public land. Wonderful bike path, mountain bike park, and skateboard park.

We were greeting at the pier by volunteers handing our corsages. Visited the Marborough Wine Country.

We visited Whakarewarewa (don’t ask me to pronounce this) village which is inhabited by the native Maori. The area is made up of many geothermal features. We rode a Skyline Gondola to get a good view of the city and took an amazing luge ride which was so much fun and definitely not Cal OSHA approved since we literally could have luged off the side of a mountain. We were treated to a wonderful sunset on our final evening in New Zealand.

Last day of our cruise and tour. To conclude our amazing 24 Day trip, before flying back to the states, we had a wonderful lunch in The Rotating Sky Tower in Auckland and got to watch bungee-jumpers drop past our window.

This epic trip was amazing and I actually loved New Zealand as much if not more than Australia. The friendly people, amazing gardens, wineries, great eats with old and new friends and scenic views everywhere you look are not to be missed. We saw very few homeless people and no trash anywhere. I encourage you to add this trip to your bucket list. G’day mates!