Written by The CruiseExperts team. Posted in Destinations, Windstar Cruises

Travel the Greek Isles and see all of the amazing sights and sounds Greece has to offer with a special, hosted, 7-day Windstar Cruise!

This July, CruiseExperts.com is partnering with Windstar Cruises to host the “Treasures of the Greek Isles” trip of a lifetime with Co-Owner Andy Melilli and Cecily Cassiman through the Greek Isles. Starting at $3,999 per person aboard the amazing Wind Star, the flagship of Windstar Cruises! Leaving from Athens, Greece on July 26th, this is an explorer’s dream itinerary that can’t be missed!

Click here to find out why we love Windstar Cruises! 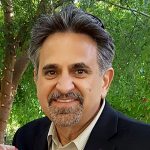 “I’ve taken scores of cruises all over the world which always prompts others to ask, what’s my favorite. I always answer, ‘they’re all great’, and they are, but the truth is, I do have a hands-down favorite. That favorite is a 7-day cruise I took with Windstar Cruises to the Greek Isles. I vowed I’d someday do it again and finally, that day has come. I’d like to invite you to join me. If I never leave the deck of the Wind Star it will be like I had died and gone to heaven, but this itinerary is an explorer’s dream. It’s one that lifetime memories are made from. So we will certainly leave the deck and explore the wonders of these amazing ports.” -Andy Melilli, Co-Owner, and Co-host!

Andy, along with his co-host, Cecily, are hosting the Ensemble Travel Group cruise, where you will sail across the azure waters of the Aegean Sea. During that time, you will visit